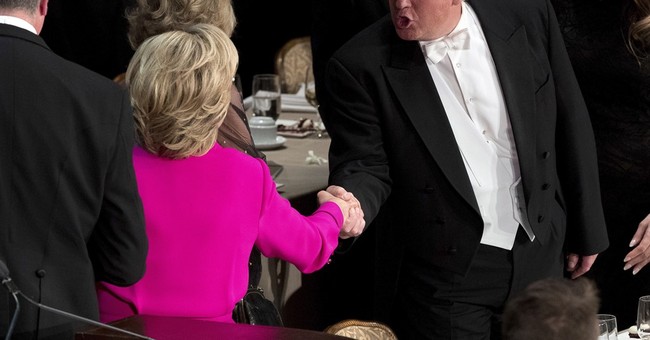 Maybe this is a change that will do America good: Singer Sheryl Crow has launched a Change.org petition asking the RNC and the DNC to please shorten the 2020 presidential election cycle. Crow's petition asks for the RNC and DNC to "tweak" the presidential primary calendar so that candidates will not begin campaigning as early. The 2016 election cycle will last over 600 days by the time Election Day rolls around, which, Crow argues, is "disrespectful" to the American people. The petition also points out that most countries are able to pull off an election with just a few weeks of campaigning.

So far, more than 30,000 people have signed the petition.

The full text of the petition:

By the time Americans go to the polls on November 8th, this Presidential campaign will have run over 600 days, kicking off with Ted Cruz’s announcement in March of 2015.

This election cycle has been extremely damaging and has incited fear and hatred in a country founded on the beauty of our differences and the desire to lift each person, no matter race, religion, political party, or economic status, to reach his or her fullest potential.

We love our country. It is because we love our country that we want to limit the length of the campaign season. By tweaking the Presidential primary calendar, the DNC and RNC could drastically reduce the amount of time we are exposed to presidential campaigns.

Countries across the globe have limited campaign seasons to as short as 6 weeks. With an organized system, a successful, informative, professional campaign could be run.

The American people have been extremely disrespected in this campaign season with the ugliness that pits us against each other and with nonsense and fear-mongering. It is time this comes to an end and that we demand better for ourselves.

We cannot sustain another lengthy slugfest like what we have witnessed for the past two years and ask both the DNC and RNC to reform the process and shorten our election season.

I mean, she's got a point. This has been a long cycle, and it's been very nasty. Meanwhile in Canada, they managed to pull their entire federal election together in 11 weeks--and even they freaked out that it was too long of a campaign season. While I'll concede that 11 weeks is too short, I think we can all agree that 20+ months of constant campaigning is far too long. Something has to be done.