More Than 20 Cars Vandalized At Trump Rally in Bangor, ME 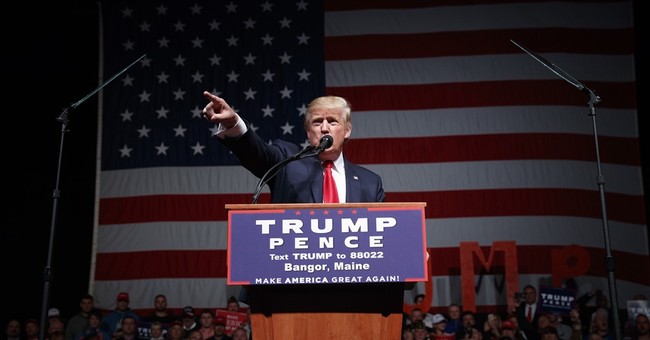 On Saturday, some attendees at a Donald Trump rally in Bangor, ME came back to their cars to find that they had been vandalized with spray paint. Police say they have not made any arrests, but are currently reviewing security video. More than 20 cars had been painted.

Attendees of the Trump rally came out afterward and found their vehicles vandalized. Trying to get car count from police. #mepolitics pic.twitter.com/Lj00i7H2Rc

While there have not been any arrests, one attendee at the rally was quick to place the blame on Trump's political opponents.

Paul Foster, a painter and Trump supporter from Eastbrook whose van was painted, said the rally “couldn’t have been more peaceful,” but he blamed the vandalism on Trump opponents, saying “there ain’t no thinking about it, I know so.”

“Why can’t they do a peaceful protest instead of painting cars, all of this, to make their statement?” he said.

It goes without saying that this is not okay, regardless of the assumed political views of the car owners or motive behind the vandalism. It would be equally wrong if cars were vandalized outside of a Hillary Clinton rally. It's a sad state of affairs that these things are happening.