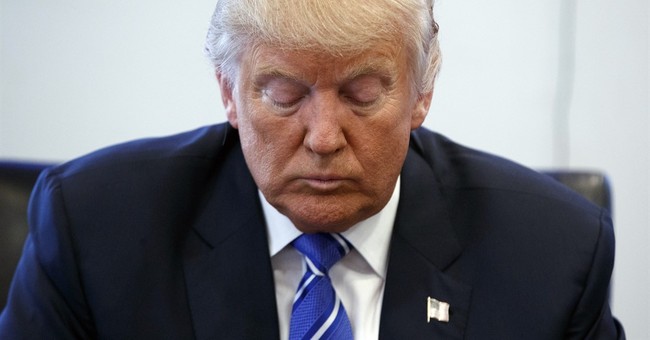 Guy has already covered the newly-released audio concerning Donald Trump’s comments on women back in 2005. They were disgusting, and completely inappropriate. Here’s a list of notable Republicans who have condemned Trump’s comments:

House Speaker Paul Ryan (R-WI) said he was “sickened” by Trump’s comments, and proceeded to effectively un-invite him from an event in Wisconsin on Saturday.

“I a sickened by what I heard today. Women are to be championed and revered, not objectified. I hope Mr. Trump treats this situation with the seriousness it deserves and works to demonstrate to the country that he has greater respect for women than the clip suggests. In the meantime, he is no longer attending tomorrow’s event in Wisconsin.”

RNC Chairman Rience Priebus said that "no woman" should be described using the words Trump used:

BREAKING: GOP chairman says 'no woman should ever be described in these terms' in response to Trump's crude comments about women.

Donald's comments were vulgar, egregious & impossible to justify.
No one should ever talk about any woman in those terms, even in private.

Hitting on married women? Condoning assault? Such vile degradations demean our wives and daughters and corrupt America's face to the world.

Utah Governor Gary Herbert announced that he will not be voting for either Trump nor Hillary Clinton.

Donald Trump's statements are beyond offensive & despicable. While I cannot vote for Hillary Clinton, I will not vote for Trump. #utpol

Sen. Ted Cruz said there was "no excuse" for Trump's "disturbing" comments.

These comments are disturbing and inappropriate, there is simply no excuse for them.

Every wife, mother, daughter -- every person -- deserves to be treated with dignity and respect. https://t.co/AVSEBastVc