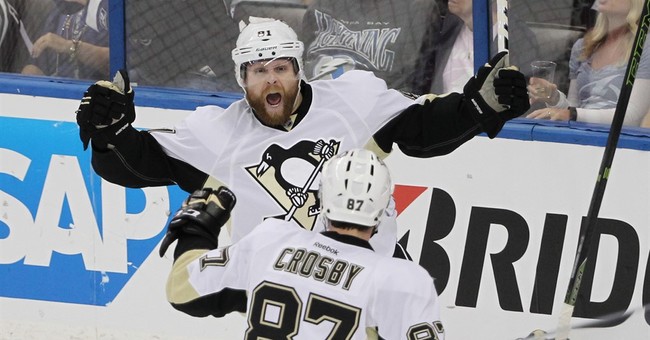 On Thursday, the Pittsburgh Penguins visited the White House to celebrate their Stanley Cup victory. In his opening speech, President Obama seized the opportunity to poke fun at Penguins player Phil Kessel, who won his first Stanley Cup this year at the age of 29. In the opening of his speech, Obama said that "We are here to celebrate an extraordinary achievement: Phil Kessel is a Stanley Cup champion."

Kessel's teammates started laughing while Kessel turned a rather crimson shade of red.

Since the Penguins won the Cup, it's been somewhat of a meme to proclaim that Phil Kessel is, indeed, a Stanley Cup champion. Kessel was traded from the Toronto Maple Leafs in 2015 amid reports he was a frequent consumer of hotdogs. (No, I am not making this up.) Kessel has had to endure his share of criticism and hardships (he was diagnosed with testicular cancer at age 19 during his rookie season), and the hockey world was delighted that he finally won the Stanley Cup. Apparently, this group also includes President Obama.