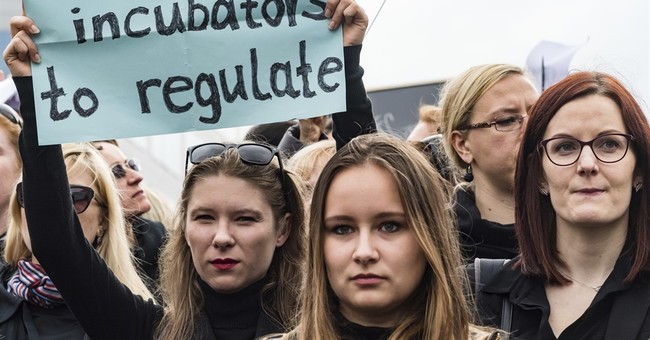 The Polish parliament has rejected a total ban on abortion following protests and a country-wide strike by women. Parliament voted 352 to 58 against a bill that would have tightened the country's already-strict abortion laws.

Poland already has among the tightest abortion laws in Europe, and the proposal sought to ban all abortions unless the mother's life was at risk.

The bill came from an anti-abortion citizens' initiative that gathered some 450,000 signatures. It was initially backed by the Catholic Church, but bishops then said they could not support one of the proposals, to jail women who had an abortion.

The bill would have had a rough time passing regardless, as even the Catholic Church in Poland was against the bill due to how women would be punished for having abortions.