Mispronouncing A Name Is Now A Microaggression 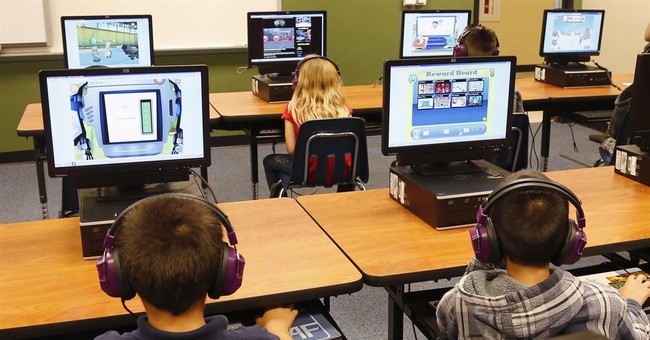 Pronouncing a student's name incorrectly is now a microaggression and an act of erasing someone's identity, a new campaign is asserting. The "My Name, My Identity: A Declaration of Self" campaign was launched in 2015. Among other things, the campaign claims that a teacher mispronouncing a name can cause "anxiety and resentment" in the student, and even "hinder their academic progress."

According to ‘My Name, My Identity: A Declaration of Self,’ a national campaign launched in 2015 by the Santa Clara County, Calif. Office of Education (SCCOE) and the National Association for Bilingual Education, a teacher who mispronounces a student’s name can cause that student “anxiety and resentment”.

“Mispronouncing a student’s name truly negates his or her identity, which, in turn, can hinder academic progress,” according to Yee Wan, SCCOE’s director of multilingual education services.

Rita Kohli, assistant professor of education at the University of California at Riverside, says it is a sign of “microagression” when a teacher mispronounces, disregards, or changes a child’s name, because “they are in a sense disregarding the family and culture of the student as well.”

Look, as someone with an odd last name with a lot of letters, I get it. It's annoying when people don't say it right. (For the record, it's pronounced ROO-sell.) My first day of college orientation, my RA was taking attendance and called out "Christine Roo-say-lay," which was a brand new way of mispronouncing my last name. After I figured out that I was indeed the person she was attempting to call, I politely informed her that I wasn't nearly as Italian as she was trying to make me, she apologized, and tried again to pronounce it properly. She didn't get it quite right, but that's okay! She wasn't doing it on purpose. Nearly all of my professors throughout all four years of college pronounced my last name wrong at first--if they even tried--on the first day of class. And again, it's okay. Intent is kind of the key thing here that this campaign seems to entirely ignore.

Nobody pronounces a name wrong on purpose, and if they do, that's not a microaggression--that's a full-blown, regular-old aggression. To be frank, any student so sensitive that an incorrect vowel sound sends them into a full-blown anxiety issue that impacts their school work needs more specialized attention than a national campaign can probably provide. Sure, it's not fun having an odd last name, but that's something that's going to stick around for the entirety of a person's life--unless they choose to "erase" their own identity by changing their name themselves. I recognize that not everyone is going to be familiar with French Canadian-sounding names, and it's a far better choice to simply educate people so they don't make the mistake again rather than claim to be microaggressed.

America is a melting pot full of people with names as varied as "Smith" to "Wieciorkowska." To expect people to automatically know how to pronounce them all is simply not realistic. Let's cut it out with the new victimhood classes.