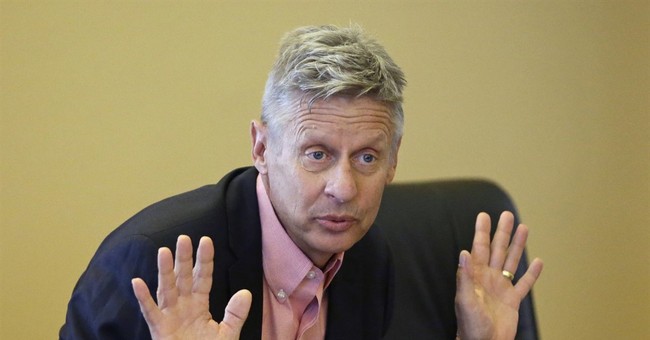 On Morning Joe on Thursday morning, Libertarian Party nominee Gary Johnson stumbled when asked what he would do about the situation in Aleppo, Syria. Johnson appeared confused and admitted that he did not know what "Aleppo" is. After it was explained to him that Aleppo is basically the center of the civil war in Syria and the refugee crisis, Johnson gave a far more cogent answer and blamed the instability of the region on regime changes.

.@mikebarnicle: What would you do, if you were elected, about Aleppo? @GovGaryJohnson: And what is Aleppo? https://t.co/ZbqO5RAEsk

In a video taken after the show aired, Johnson said he was "incredibly frustrated" with himself for not recognizing the city name, and that he felt "horrible." He vowed to "get smarter" and acknowledged that this is probably the first "big flap" of his campaign.

While this certainly isn't the end of the world by any means, this really doesn't look good for Johnson and does nothing to bolster his credibility. This isn't the first time Johnson has been confused about basic policy questions--in Guy's sit-down interview, he seemed utterly unfamiliar with the Hobby Lobby decision. This, too, is similarly mind-boggling for someone who wants to be president of the United States.

Clearly, Johnson has his work cut out for him if he wants to appear to be a credible alternative to Clinton or Trump.