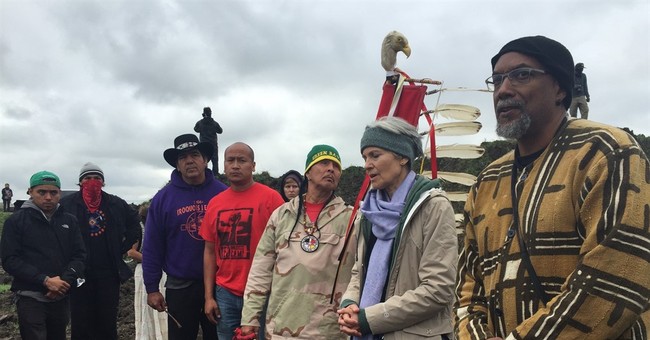 Green Party candidate Jill Stein, along with her running mate Ajamu Baraka, have been charged with criminal trespass and mischief for spray painting a bulldozer at a pipeline protest in North Dakota. About 150 to 200 people were present at the protest.

A video of Stein spray painting the bulldozer was posted on Twitter by a Bismarck news station on Wednesday afternoon.

About two and a half hours later, arrest warrants for Stein and Baraka were issued:

Stein appears to be quite pleased with herself, and tweeted a picture of herself vandalizing the bulldozer.

Well, that's one way to get your name in the press.