Rick Perry To Appear On Dancing With The Stars 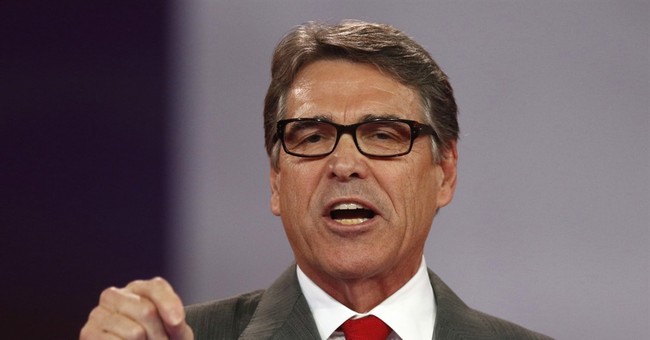 Former Texas Gov. Rick Perry (R) will reportedly be dusting off his dancing shoes and taking aim at the mirror ball trophy on the upcoming season of "Dancing With The Stars." While the official contestant roster and professional pairings of season 23 will be announced on Tuesday, Entertainment Tonight has confirmed that Perry will be appearing on the show.

The last political figure to appear on the show was former House Majority Leader Tom Delay, who withdrew during week three of season nine after suffering a fractured foot.

I Know Exactly Who Is To Blame for This New Wave of COVID-19, and I Know Who Is Making a Fortune on It
Townhall
Veterinarian congressional candidate BUSTED for lying about WY hospital to push COVID panic-porn doubles down and LOL
Twitchy
Leftists Serve Pelosi With Eviction Notice, While Progressives Rip Fellow Dems
Redstate
A Day in the Life of a Low-Information Voter
PJ Media