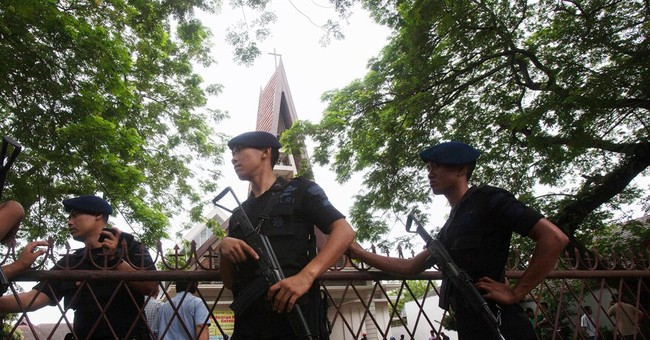 A would-be suicide bomber carrying a hand-drawn ISIS flag stormed a church on the Indonesian island of Sumatra knifed a priest mid-Mass on Sunday and then attempted to blow himself up.

Fr. Albert Pandiangan, a priest at St. Joseph's Church in the city of Medan, was stabbed in the left arm during the attack. The bomber then attempted to detonate a device in his backpack, but the bomb failed to fully explode and he only injured himself. He was then detained by parishioners.

The priest was taken to a hospital and is expected to recover. The Medan police have characterized the attack as an act of terrorism.

Indonesia is a predominantly Muslim country, and Catholics compose only about three percent of the total population.

Police do not believe that the man acted alone, and are still investigating the incident.

Last month in France, Fr. Jacques Hamel was murdered by an ISIS sympathizer while celebrating Mass.