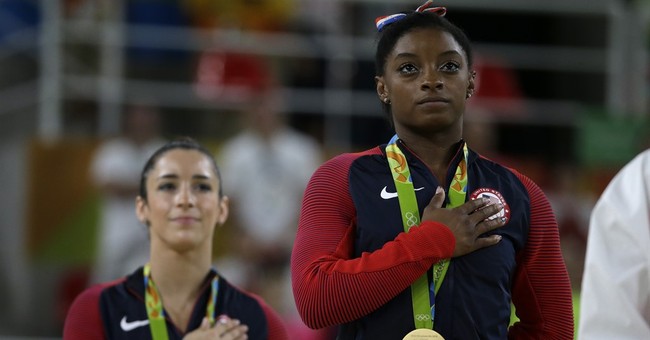 NBC is laying the blame on millennials as to why viewership was down 17 percent during the Rio Olympics. According to an NBC executive, millennials were too encased in a bubble of Snapchat and social media to realize the Olympics even happened.

Yes, that has to be it. Social media is the reason. Millennials were too wrapped up in the misadventures of the Kardashian clan to notice that a major sporting event was taking place, and that's why they didn't tune in.

Or maybe, just maybe, it was NBC's terrible coverage that dissuaded younger viewers from watching in. These Olympics, despite the one-hour time difference, NBC seemed to have an allergy from airing any sporting event live on the main channel as it happened--with the exception of swimming, track, and beach volleyball. The primetime coverage was a joke. (Full disclosure: that I still watched every night.) Why would someone stay up until midnight on a work night to watch a gymnastics floor routine that happened eight hours before the broadcast? The results were widely available on Facebook (including NBC's own pages) as well as on Instagram and Twitter.

It's absurd to blame millennials for the failure of the network to deliver a satisfactory product that people actually wanted to watch. Between the tape-delayed events, over-emphasis on commentary rather than letting people just watch the damn sport, and absolute deluge of commercials, NBC did not do a very good job with Rio. This isn't the fault of millennials.