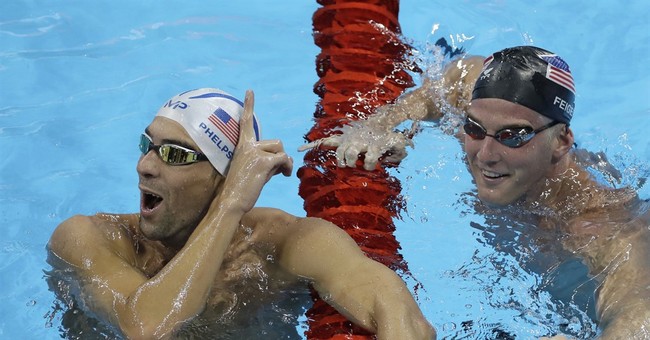 UPDATE: Per AP, the swimmers have been released and will be talking to the police on Thursday.

On Sunday, four members of the U.S. Swimming team, including superstar Ryan Lochte, claimed that they were robbed at gunpoint by men disguised as police officers. Wednesday, the case took a bit of an odd turn, when Brazilian authorities attempted to seize the passports of the four swimmers and prevent them from leaving the country. As it turned out, one, Ryan Lochte, had already left Rio and was back in Charlotte. Two others, Jack Conger and Gunnar Bentz, were removed from their flight by authorities, and another, Jimmy Feigen, was scheduled to be on the flight but never made it to the airport.

BREAKING: US swimmers Jack Conger, Gunnar Bentz taken off flight from Rio de Janeiro to US by Brazilian authorities https://t.co/nKX26d8TBn

Brazilian authorities came to the Olympic Village to question the athletes, but they were not there as they had all moved out after the conclusion of the swimming events.

Video emerged on Wednesday that some think contradicts Lochte's account of the robbery.