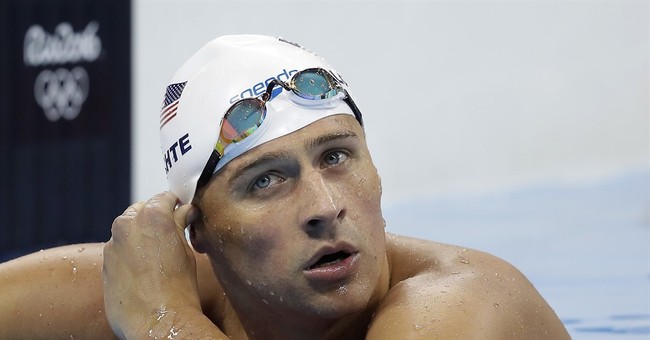 Several members of the U.S. Swim Team, including superstar Ryan Lochte, were robbed at gunpoint in Rio early on Sunday morning. The swimmers, who were in a taxi, were stopped by robbers disguised as policemen. The men then pulled out weapons and ordered the men to lay down before taking their wallets.

Lochte said that one of the men cocked his weapon and put it to his forehead. All four swimmers escaped serious injury.

RYAN LOCHTE tells NBC NEWS "the guy pulled out his gun, he cocked it, put it to my forehead" https://t.co/NGeIylHJ1S pic.twitter.com/jhBwYHxRic

A statement from the USOC confirmed the crime had taken place and said that the four swimmers were cooperating with authorities.

“According to four members of the U.S. Olympic Swimming Team (Gunnar Bentz, Jack Conger, Jimmy Feigen and Ryan Lochte), they left France House early Sunday morning in a taxi headed for the Olympic Village. Their taxi was stopped by individuals posing as armed police officers who demanded the athletes’ money and other personal belongings. All four athletes are safe and cooperating with authorities.”