Pokemon Go Got More Media Coverage In July Than The Economy 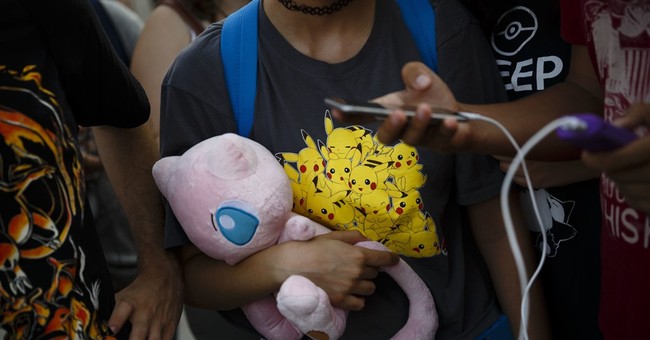 Pokemon Go, a mobile app, was released in early July and quickly became a huge phenomenon. So huge, in fact, that apparently network news gave it twice as much coverage as they gave the economy. During an election year. In a year where people care quite a bit about the state of the economy.

According to the Media Research Center, CBS, NBC, and ABC spent a full six minutes more reporting on imaginary monsters than on the very not-imaginary economic indicators during the month of July. MRC reports that there were no stories about the GDP estimate, but 11 on the game. Additionally, reporters were often seen playing the game on camera as part of their stories. Jobs numbers from June were also ignored.

Full disclaimer: I love Pokemon Go. I'm a proud member of Team Mystic. And while I'll admit it's quite cool to "catch" a Clefairy that's "in" your living room, I think my generation being able to "catch" a job or actually be able to make a comfortable living in the future is far cooler than any mobile app. These are important issues that shouldn't be ignored--popular 90s throwback game be damned.

As you may have heard, there's an election happening this November. Americans deserve to and need to be informed about major issues--they don't need to be shown numerous stories about Pokemon. This is a huge disservice.