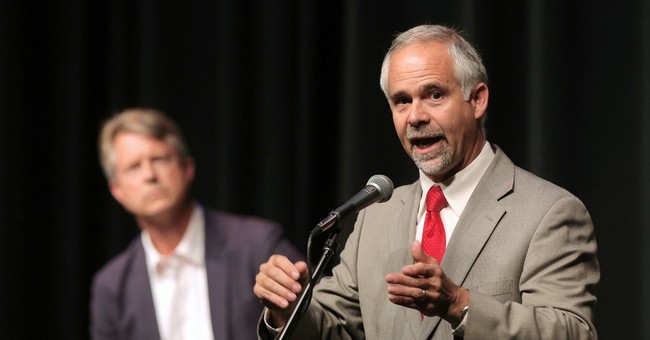 Rep. Tim Huelskamp (R-KS) has lost his primary against challenger Dr. Roger Marshall, multiple sources are reporting. Huelskamp has represented Kansas' first district since 2011 and is the first GOP incumbent to lose a primary election without being redistricted.

We are calling #KS01 for Roger Marshall. Congressman Huelskamp is now the first GOP incumbent to lose a primary w/o being redistricted

Our news partners at KWCH have called the #KS01 race for Dr. Roger Marshall over Tim Huelskamp. #ksleg

On Twitter, many people have pointed out that Huelskamp was a fervent Ted Cruz supporter and refused to back Donald Trump--suggesting that perhaps this was the reason he did not win on Tuesday.