VIDEO: These Bernie Supporters Are Ready To Join The Trump Train 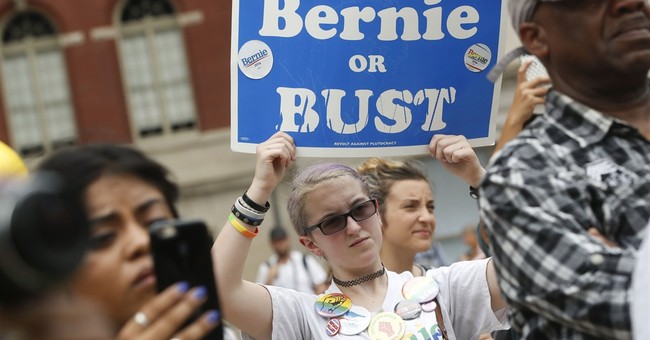 Campus Reform's Cabot Phillips was at the DNC this past week, and had the chance to talk to some of Bernie Sanders' most passionate fans. As it turns out, a lot of Sanders fans are quite sympathetic to Donald Trump, and are very concerned with doing whatever it takes to keep Hillary Clinton out of the White House.

Sanders received 43 percent of the vote in the primary, and many of these votes were from new voters. If a decent percentage of these disillusioned Sanders voters switch to Donald Trump (or the Green Party's Dr. Jill Stein, or simply stay home entirely), this could be, ahem, yuuuge-ly consequential for the general election.

To be frank, at the end of the day Trump supporters and Bernie supporters are essentially two sides of the same coin. Both are heavily frustrated with the status quo and wish to see drastic changes in the upcoming election. It's hardly a surprise that at least some Sanders supporters are willing to give Trump a chance.