Ha: Russia Threw Its Banned Athletes Their Own Olympics 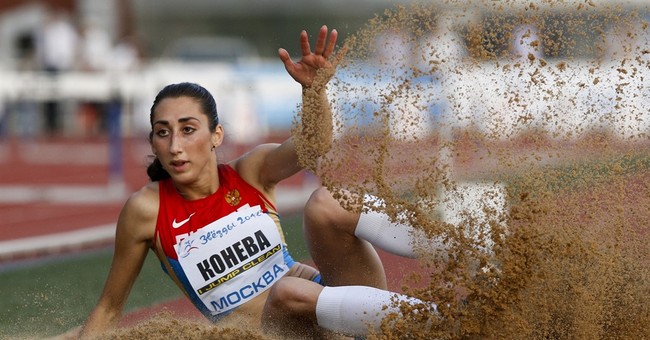 In a move reminiscent of the "Friendship Games" attended by Soviet Bloc and Eastern European countries boycotting the 1984 Olympic Games in Los Angeles, Russia has thrown its banned athletes their own version of the Olympics: The Stars 2016 Tournament. Track and field contests are the majority of events taking place at Stars 2016, and the games will be held in Moscow.

The Stars 2016 Tournament will feature over 100 athletes, including multiple world and Olympic champions.

"About 135 track-and-field athletes are going to compete," Yuri Borzakovsky, the head coach of the Russian athletics squad, told TASS about Stars 2016. "They include Olympic champions and medal holders as well as less renowned athletes forbidden to compete in Rio.

While the majority of Russia's Olympic team escaped a blanket ban from competing in Rio, the track team remains prohibited from international competition amid allegations of a state-run doping ring. Only one Russian track and field athlete, long jumper Darya Klishina (who is based in the U.S. and was able to prove that she is not doping) will be allowed to compete in Rio, albeit as an independent athlete.