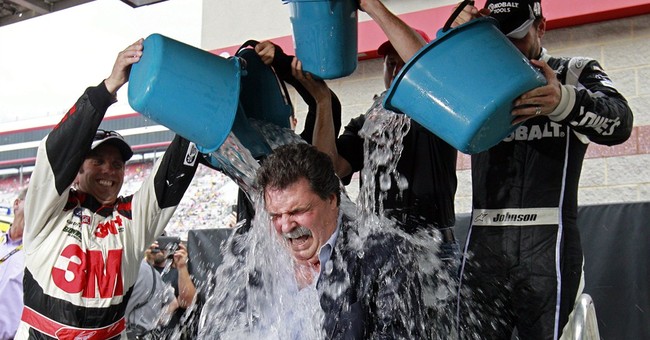 Two summers ago, America was obsessed with "#ALSIceBucketChallenge" videos, where a person was dared to either donate money to the ALS Association (or another ALS charity) or film themselves dumping a bucket of ice water on their heads. Lots of people did both the video and the donation, and the ALS Association raked in millions of dollars while the videos were a popular trend.

The challenge was started by Pete Frates, a former Boston College baseball player who was diagnosed with ALS in 2012 at the age of 27. The #IceBucketChallenge quickly went viral, with thousands of people around the world participating.

While lots of people (myself included) got a good laugh after being soaked with ice water, it turns out that all of those videos actually led to something pretty incredible: scientists were able to identify the gene that causes this deadly disease thanks to funds raised through the trend.

The University of Massachusetts Medical School's Project MinE recently discovered the gene that is responsible for ALS. Project MinE scientists were able to research this gene with help from the ALS Association, which donated $1 million from the Ice Bucket Challenge.

The identified gene is NEK1, which its variants could provide clues to understanding and potentially treating familial and sporadic ALS.

"The ALS Ice Bucket Challenge enabled us to secure funding from new sources in new parts of the world," Bernard Muller, founder of Project MinE and ALS patient, said in a statement. "This transatlantic collaboration supports our global gene hunt to identify the genetic drivers of ALS."

Last summer, scientists credited the Ice Bucket Challenge for another breakthrough in researching the disease.

Amazing stuff--hopefully a cure is just around the corner. Who'd have thought a viral video could accomplish so much good?