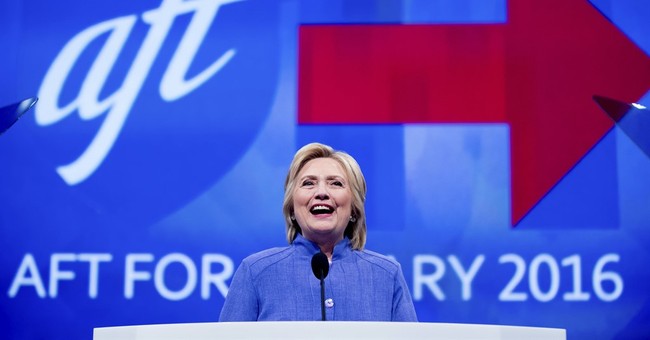 Hillary Clinton's running mate will possibly be announced on Friday, The Hill is reporting. A Clinton aide speaking on CNN said that Friday seemed "about right" for the VP announcement but later tweeted that nothing official had been set as of now. Clinton will be campaigning in Florida on Friday and Saturday.

.@wolfblitzer asks @finneyk if HRC's VP announcement will be on Friday. "I expect that's about right," she says. HRC in Florida on Friday.

.@danmericaCNN @wolfblitzer Nice try! To be clear, there is no announcement set yet. will just have to stay tuned!

The DNC is scheduled to begin on Monday in Philadelphia, so Clinton will be cutting things relatively close timing wise.

While who the pick is has been kept relatively mum, bookmakers are currently favoring Virginia Sen. Tim Kaine.