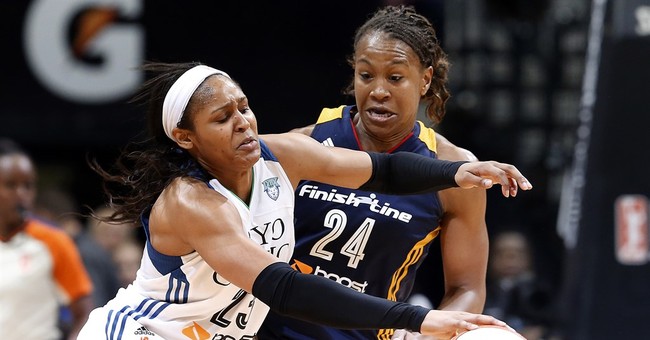 Minneapolis Police Federation President Lt. Bob Kroll praised the officers for their decision to leave the game. He also elaborated that the four officers have refused to provide security for any future Lynx game, and that other officers had followed suit.

The three-time WNBA champions wore black T-shirts that read “Change starts with us, justice and accountability” and on the back had Philando Castile’s and Alton Sterling’s names along with “Black Lives Matter” and a Dallas Police Department emblem.

At a pregame news conference, Lynx forward Rebekkah Brunson said the players were “wearing shirts to honor and mourn the loss of precious American citizens and to plead change for all of us.”

The Minnesota Lynx aren't the first to face a police boycott related to Black Lives Matter--in several cities, police refused to provide security for Beyonce concerts after the singer's comments that some called anti-police.