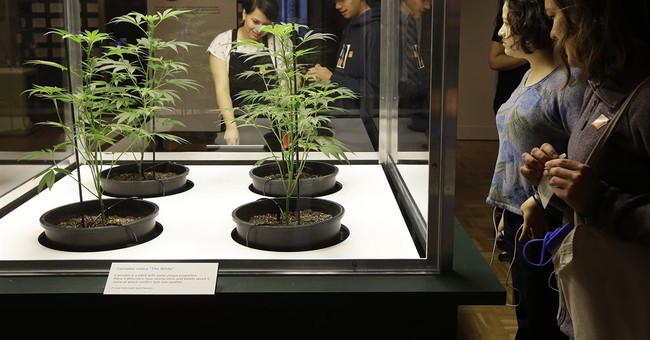 Legal marijuana is likely heading to the ballot in Massachusetts this November. On Wednesday, a judge cleared the way for the recreational marijuana question to be placed on the ballot, albeit with a few changes to make the question easier to understand.

Massachusetts voted to decriminalize possession of up to one ounce of marijuana in 2008. Instead of a criminal penalty, people caught with up to one ounce are subject to a maximum fine of $100.

The updated text of the question clarifies that only people aged 21 and over would be able to purchase marijuana, and also that edible marijuana products would also be available under the law.

The summary, meanwhile, would add in that only persons 21 and older would be able to access marijuana. It took out the mention of THC — the chemical in cannabis that causes a high — and added in mention of edible products. The new language read as follows:

“A YES VOTE would allow persons 21 and older to possess, use, and transfer marijuana and products containing marijuana concentrate (including edible products) and to cultivate marijuana, all in limited amounts, and would provide for the regulation and taxation of commercial sale of marijuana and marijuana products.” (Changes highlighted in bold).

Maine, Nevada, and California will also be voting on recreational marijuana this year. Polls in California indicate that the measure is likely to pass.