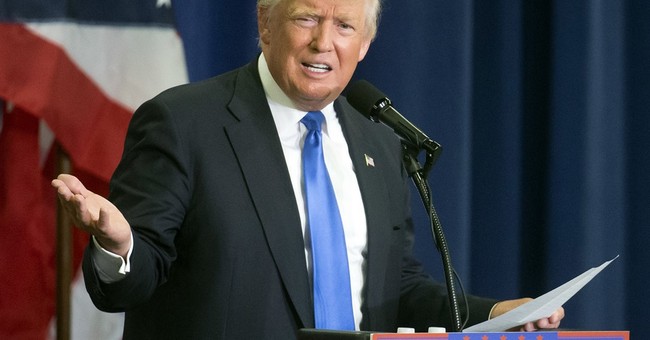 By now, you've probably heard of the controversy surrounding one of Donald Trump's now-deleted tweets about Hillary Clinton. It probably would have been best for him to Let It Go, but late Wednesday night Trump took to Twitter to defend the tweet, using an image of a coloring book from the Disney film Frozen. The coloring book also features a six-pointed star similar to the one in the controversial tweet.

Where is the outrage for this Disney book? Is this the 'Star of David' also?
Dishonest media! #Frozen pic.twitter.com/4LJBpSm8xa

Because we are living in truly spectacular times, presumptive Democratic nominee Hillary Clinton also had some Frozen-related thoughts regarding Trump's excuse:

Do you want to build a strawman? https://t.co/AoeNTJOGpo

(Referencing the song "Do You Wanna Build a Snowman?" featured in the first part of the film.)

Trump has also claimed that the star was a sheriff's badge.

UPDATE: Kristen Bell, who voices "Anna" in the film, has responded on Twitter telling Trump to knock it off.