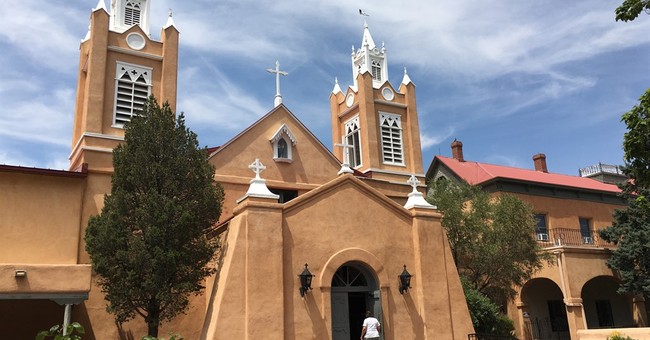 On Wednesday, the Associated Press tweeted the following:

Which is exactly what Catholic teaching has been since the beginning of the Church and literally nothing has changed.

In all seriousness, the fact that this is considered to be "news" is a sad reminder that the Church's teachings are greatly misunderstood by society at large. Catholics consider marriage to be a sacrament, and a sacrament can't just be undone. The Church does not recognize civil divorce as the end of a marriage, but rather has an annulment process. This process decides whether or not a marriage was ever valid to begin with. A person who is civilly divorced is still considered to be married within the Catholic Church, and thus would be committing the sin of adultery if they were to marry or have sexual relations someone else without getting an annulment. A person who is not in a state of grace cannot receive Communion. This isn't a new thing.

Simply living with someone ("as brother and sister") without actually consummating the relationship would not be considered sinful and thus would be a workaround for divorced couples to still receive Communion. This is also not a new concept.

Sure, this may seem strange to someone who is unfamiliar with Catholic teaching, but it certainly isn't something newsworthy.