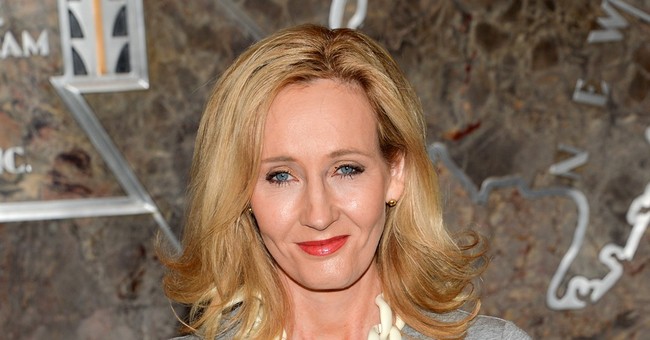 On Tuesday, J.K. Rowling rocked the Harry Potter fandom when she released a short story detailing the founding of Ilvermorny, the school for wizards who live in the United States. The school will be featured in the upcoming film "Fantastic Beasts and Where To Find Them." As part of the story, users on the Harry Potter site Pottermore now have the chance to be "sorted" into one of Ilvermorny's four houses: Horned Serpent, Wampus, Thunderbird, and Pukwudgie.

Some people, including Native American activists, aren't too thrilled with Rowling's choice of house names, which are based off of established figures in Native American legends. There were also questions as to why the school wasn't founded by a Native American wizard, but rather by a colonialist who came over on the Mayflower.

(Language warning in some of these posts)

@jk_rowling How about House Moose or Raccoon or Bison? All of the fun, none of the cultural appropriation! #pottermore #Ilvermorny

Every time JK Rowling releases more lore/cannon about magic in the US, I cringe a little bit more. So much blatant cultural appropriation.

.@jk_rowling not to mention the appropriation of Native symbolism? it makes more sense to have a Native help establish a N Am magical school

Rowling has not commented on accusations of appropriation. In March, Rowling's first set of stories about magic in North America was also accused of appropriating Native American culture.

In the first seven Harry Potter books, one could say Rowling "appropriated" other mythical creatures--including centaurs, hippogriffs, phoenixes, etc. (Plus there's the not-exactly-subtle Christ allegory of [SPOILER ALERT] Harry dying, rising from the dead, and saving the world.) At the end of the day, the Harry Potter universe is a work of fiction--and should be treated as entertainment, not as an end-all-be-all source on Native American or European tradition.