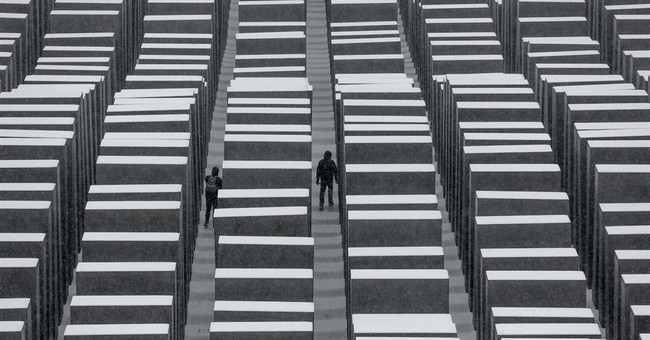 Some strange news out of Birmingham, Alabama, where City Councilwoman Sheila Tyson went on a bizarre rant questioning why the city would help fund a Holocaust memorial, as it would honor people who are dead. According to Tyson, the city's contribution to the memorial (which amounted to paying for the removal of existing structures) is questionable as the city cannot fund the renovation of Shadow Lawn Cemetery, an older cemetery in the town.

"Dead is dead," said Tyson, referring to the victims of the Holocaust. Tyson also referred to Shadow Lawn Cemetery as the oldest cemetery in the state, country, and world. It is none of these things, but it is the final resting place of Michelle Obama's great-great grandfather.

Tyson said later she is not opposed to the Holocaust memorial. She said she simply does not understand why the city is legally allowed to fund one and not the other.

The Birmingham Holocaust Education Center plans to raise about $500,000 to build the park, alongside a 9/11 memorial near McWane Center in downtown Birmingham. Birmingham's contribution would be to remove existing structures, at a cost of $45,500.

The council on Tuesday ultimately decided to table the issue for a week until questions are answered for Tyson and other council members.

The memorial would honor victims of the Holocaust that had ties to Birmingham.

It looks as though some members of Birmingham's City Council may need to pick up a history book or two.