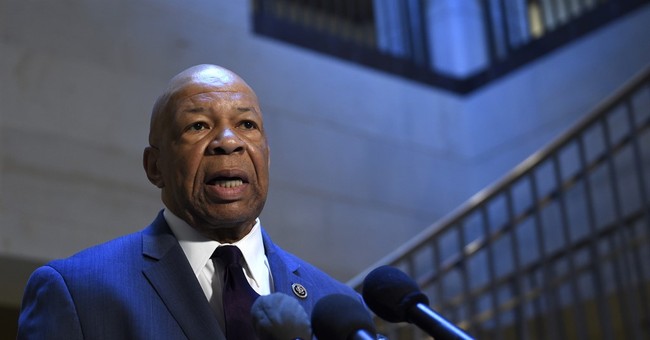 Like many recent college grads, Rep. Elijah Cummings' (D-MD) daughter Adia sought to earn some extra cash by driving for Lyft, a ridesharing service. Unlike most recent college grads, Adia was driving a car with congressional license plates--which is against the rules. After someone posted a picture of the car on Popville, Cummings apologized for his daughter's use of the plates. He then said that he would swap out the plate and that the car was not his official vehicle.

Per the House of Representative rules, the plates are "only for the use of the Member and spouse, as well as for immediate transportation of the Member by staff."

“In an effort to earn some extra money to pay her expenses at school, she signed up for a part-time position with one of the ride-sharing companies. They, in turn, gave her a sticker to apply to the windshield of the car," Cummings, D-Maryland, said in a statement.

A photo of the car with the special license plates and a Lyft driver sticker was spotted in Washington last week, which was then picked up by Washington neighborhood blog Popville on Monday.

The Maryland Democrat, who represents the Baltimore area in Congress, said his daughter has removed his congressional license plates from the car, and apologized for not removing the plates before loaning her the car.

Cummings said that his daughter would remain a Lyft driver.