WATCH: Obama Calls Out Rutgers For Protesting Condoleezza Rice In 2014 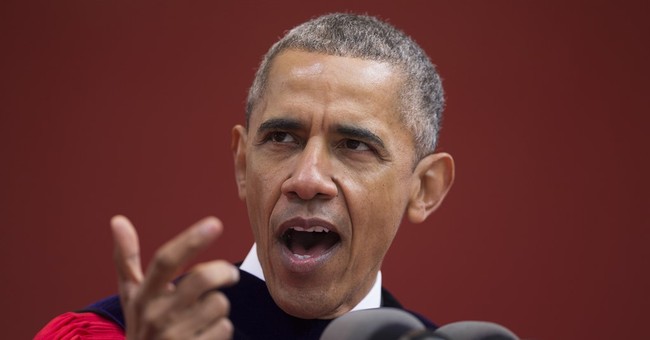 While Obama said that he doesn't necessarily agree with Rice on foreign policy, he thinks it was wrong for her not to speak.

Good. Political correctness on college campuses has been spiraling out of hand for quite a while (Guy wrote about the Condoleezza Rice incident in his book End of Discussion), and it's high time that someone from the left called out students for acting like entitled brats.