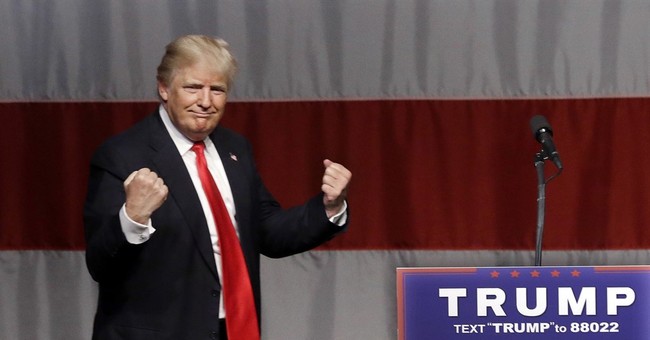 Presumptive GOP nominee Donald Trump issued a Cinco de Mayo greeting on Twitter today, boasting that the best taco bowls in the world are made at Trump Tower. Trump also said that he loves Hispanics.

somehow less patronizing than that "Hillary is just like my abuela" campaign from a few months ago https://t.co/3PgzdSlUFb

This was all a ruse to sell hotel food?

is this even real life any more
is it https://t.co/G25PRr0z2k

This is kinda like when Hillary Clinton assumed all the wait staff at the hotel she was speaking in were illegal. https://t.co/sqPZooDafZ

Oh c'mon Trump I wouldn't even do this in character ?? https://t.co/fxhght0FaY

It's hard to put into words how much I love this tweet https://t.co/hvh4oFY0UL

If you put the hot sauce in Hillary's purse on Trump's taco bowl, it is really delicious. Believe me.

Of course Donald Trump eats taco bowls, the only Mexican food that comes with a wall built around it.

While Trump claims to love Hispanics, they're not really returning the favor. Over three out of four Hispanics have an unfavorable view of the candidate.

Just got off phone with Trump Grill, says they don't serve taco bowls. It's not on the menu online.

UPDATE II: Judd Legum of ThinkProgress has found the taco bowl/salad. They're apparently a seasonal item at Trump Café.