Kelly Ayotte to Back Donald Trump 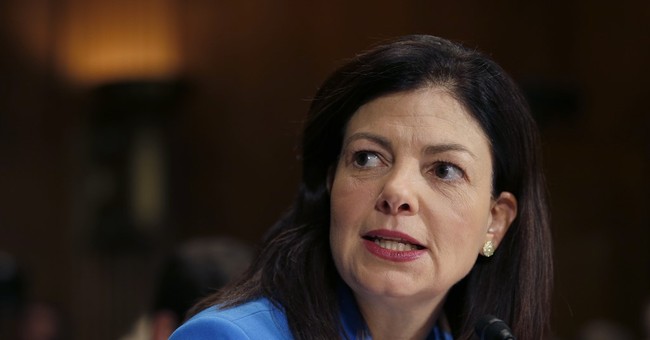 New Hampshire Sen. Kelly Ayotte (R), who is up for re-election this year, will be supporting Donald Trump in the general election despite past hesitation to associate herself with the candidate.

Trump won New Hampshire by a large margin, getting more than double the amount of votes that second-place John Kasich received.

In March and again as recently as last week, Ayotte spokeswoman Liz Johnson told WMUR.com that Ayotte “intends to support the Republican nominee. However, she would like to see how the process plays out.”

Now that the process has virtually played out, and the Republican National Committee has recognized Trump as the presumptive nominee, Johnson told WMUR.com on Wednesday morning in a brief statement:

"As she's said from the beginning, Kelly plans to support the nominee."

How actively Ayotte would support Trump remains to be seen. Spokeswoman Johnson was asked if Ayotte would campaign with Trump in New Hampshire but did not answer. She also did not say if Ayotte believes Trump will have any effect on her fortunes in the Senate race.

Interesting. Ayotte is certainly a vulnerable senator this election cycle, and this could be an effort to curry the favor of the New Hampshire GOP.