America Now Has a "National Mammal" 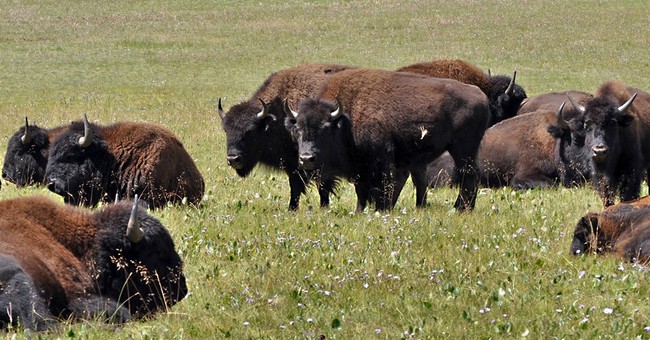 The United States of America will soon have a new national symbol: the bison.

A bill adopting the bison as the "national mammal" of the United States passed the House of Representatives earlier this week, and is expected to be passed by the Senate as well. The bison would join the bald eagle as America's national animals.

An earlier version of the bill had been unanimously approved by the Senate, but this version was slightly tweaked and thus must be re-approved. The bill was sponsored by a bipartisan group of congressmen.

The National Bison Legacy Act, which must get Senate approval before heading to the President's desk for his signature, aims to honor the historical and contemporary significance of the majestic animal.

Clay and several other members of the House and the Senate across both parties wrote and co-sponsored the bill.

"The American bison is an enduring symbol of strength, native American culture and the boundless Western wildness," Clay said.

"It is an integral part of the still largely untold story of Native Americans and their historic contributions to our national identity."

Solid move. Bison are pretty great. Here's an adorable picture of a newborn: