Seven Things to Look Out For This Week 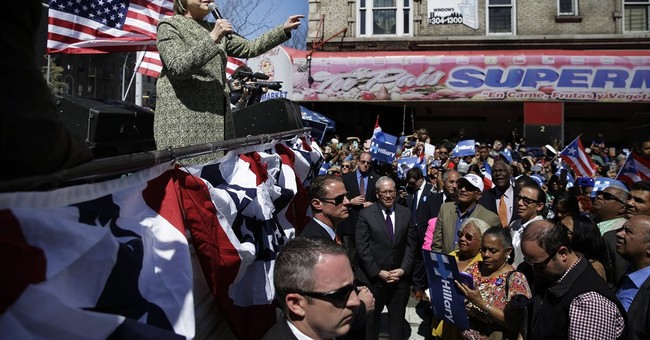 Here are seven things to look for in the upcoming week:

1. New York heads to the polls

New Yorkers will vote in the Democratic and Republican primaries this Tuesday. Donald Trump and Hillary Clinton both have strong leads in polling leading up to this key matchup.

Sunday was not a good night for Brazilian President Dilma Rousseff. Brazil's lower house voted in favor of impeachment, and the vote now moves to the senate.

The next states to vote are Connecticut, Rhode Island, Maryland, Delaware, and Pennsylvania. Three of those states are winner-take-all contests on the Republican side, and right now every delegate matters.

4. Additional fallout from the Panama Papers

It looks as though the Panama Papers won't be going away anytime soon, with new reports showing a connection between Hillary Clinton and some of the people named in the papers. This is easy fodder for Sen. Bernie Sanders (I-VT) to use against Clinton.

The Clintons have a lot of friends who show up in the #panamapapers https://t.co/lII11iMKh0

President Obama will be in Riyadh on Thursday to discuss ISIS and other security issues at the Gulf Cooperation Council summit.

While not exactly important, "Boaty McBoatface" was the winner in an online poll to name the UK's new ship. No word on whether or not the NERC will actually approve of the name.