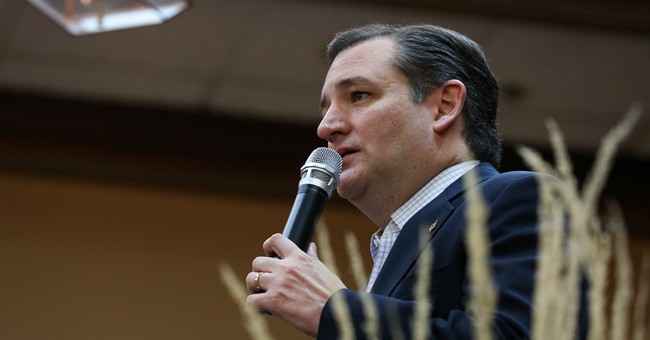 Sen. Ted Cruz (R-TX) swept all 14 Republican National Convention delegates allocated today at the Wyoming state convention. Cruz was the only candidate who actually spoke at the convention.

Cruz's delegates are bound to him for the first ballot this July in Cleveland, but many of them made a (non-binding) pledge to only vote for Cruz throughout the convention.

"If you don't want to see Donald Trump as the nominee, if you don't want to hand the general (election) to Hillary Clinton, which is what a Trump nomination does, then I ask you to please support the men and women on this slate," Cruz said, holding up a piece of paper of 14 recommended delegates.

Twelve members of that slate won. They are bound to the senator on the first ballot and have also made a non-binding pledge to stick with him as long as things go in Cleveland.

The next big event on the election calendar is New York's primary on April 19.