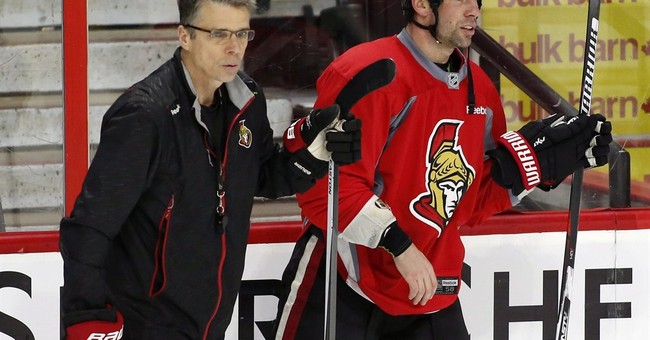 On Tuesday, the Ottawa Senators parted ways with their head coach, Dave Cameron, following a disappointing season that saw the Sens out of the playoffs. On Reddit, this personnel change was announced with the headline "Dave Cameron has been fired."

However, the popularity of the post (measured in "upvotes") pushed the post from beyond the hockey-specific "subreddit" r/Hockey and into the general subreddit r/All--which is viewed by everyone. At the time of writing, the post announcing Cameron's firing ranked as the second most popular post on the entire site, leading to scores of confused Brits who thought that their prime minister, David Cameron, had somehow been fired. Some, understandably, were more impressed than others with r/Hockey's trolling ability.

Then there's this guy, who was pretty okay with either David Cameron losing their job:

As for British Prime Minister David Cameron, there have been calls for him to resign due to his involvement with the Panama Papers. However, unlike former head coach Dave Cameron, it appears as though his job is safe, for now.