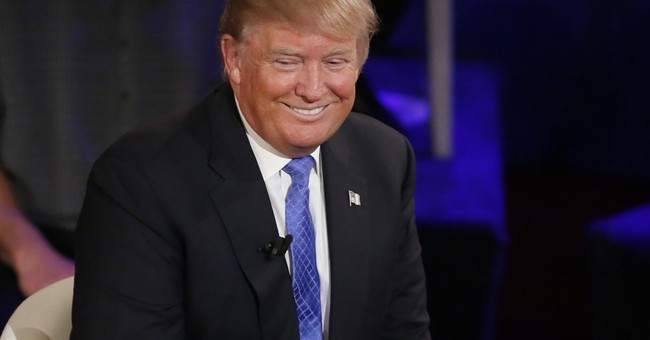 The National Border Patrol Council, the labor union that represents border agents and support staff, has endorsed Donald Trump for president. Despite the fact that the organization usually shies away from endorsing a candidate during the primary cycle, it broke with its tradition this year and felt it necessary to voice support for Trump.

The NBPC has had a longstanding practice of not endorsing presidential candidates in the primaries. We will not, however, shy away from voicing our opinions as it pertains to border security and the men and women of the United States Border Patrol. As such, we are breaking with our past practice and giving our first-ever endorsement in a presidential primary. We think it is that important: if we do not secure our borders, American communities will continue to suffer at the hands of gangs, cartels and violent criminals preying on the innocent. The lives and security of the American people are at stake, and the National Border Patrol Council will not sit on the sidelines.

As an organization we expect our elected officials to aggressively pursue the interests of the country. America has already tried a young, articulate freshman senator who never created a job as an attorney and under whose watch criminal cartels have been given the freest border reign ever known.

Unlike his opponents, Donald Trump is not a career politician, he is an outsider who has created thousands of jobs, pledged to bring about aggressive pro-American change, and who is completely independent of special interests. We don't need a person who has the perfect Washington-approved tone, and certainly NOT another establishment politician in the W.H. Indeed, the fact that people are more upset about Mr. Trump’s tone than about the destruction wrought by open borders tells us everything we need to know about the corruption in Washington.

We need a person in the White House who doesn't fear the media, who doesn't embrace political correctness, who doesn't need the money, who is familiar with success, who won't bow to foreign dictators, who is pro-military and values law enforcement, and who is angry for America and NOT subservient to the interests of other nations. Donald Trump is such a man.

While this endorsement doesn't exactly come as a surprise given how Trump has centered his campaign around the issues of border security and immigration, it's still very noteworthy that Trump is the first ever primary endorsement given by the NBPC.

In terms of electoral impact, it's unclear what this endorsement will do. Texas and Arizona, two states that share a border with Mexico, have already voted. Sen. Ted Cruz won Texas, and Trump was victorious in Arizona. New Mexico and California will both vote on June 7. Trump already has a decent lead in California polls, and not much polling has been done in New Mexico.