ICYMI: ESPN Roasted Obama On His Lack of Baseball Skills 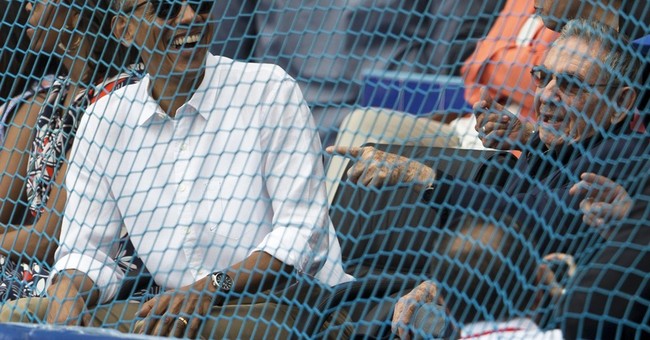 On Tuesday, President Obama took in a baseball game in Cuba (and did the wave with a dictator). While he was at the game, ESPN couldn't help but remind the president that his baseball skills are a tiny bit lacking.

And here's a throwback to Obama's notorious first pitch in 2010:

Obama did not throw out the first pitch at the game in Cuba, instead leaving that to people who can actually throw a baseball properly.