Obama's Cuba Trip in One Picture 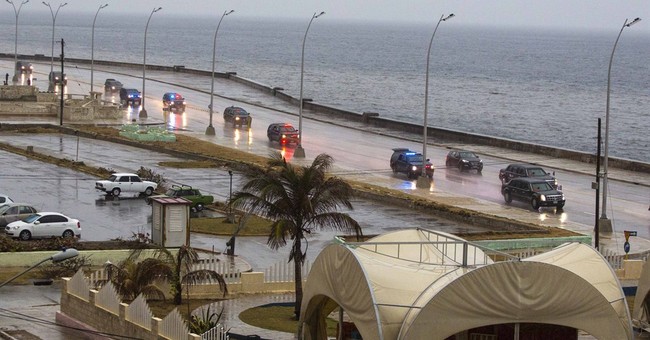 President Obama arrived in Cuba yesterday, to begin a trip that notable Cuban-Americans are calling a disgrace. As it turns out, Rubio et al. had good reason for their concern: check out this gem of a picture.

Only way this picture could have worse optics is if Obama was standing in front of cells holding political prisoners pic.twitter.com/JHS9EuD8FU

For the uniformed, the president is standing in front of a mural/sculpture of Che Guevara. Here are some of the "highlights" of Guevara's during the Cuban Revolution. Spoiler alert: he wasn't a nice guy.

For those wondering about Obama's photo with the mural of Che, here's Che on blacks in "The Motorcycle Diaries." pic.twitter.com/MucoE2BkNO

Holy Week is a good time to remind everyone Che Guevara was a butcher, and personally oversaw the slaughter of Cuba's Catholics.

NOTE: Che Guevara wanted to nuke the US during the Cuban Missile Crisis & commit mass murder in NYC on Thanksgiving pic.twitter.com/JfLDvqZGbN

Remember when Obama wouldn't speak in front of the "IHS" Jesus symbol at Georgetown? Evidently no qualms about Che. pic.twitter.com/aSLXxn6wcm