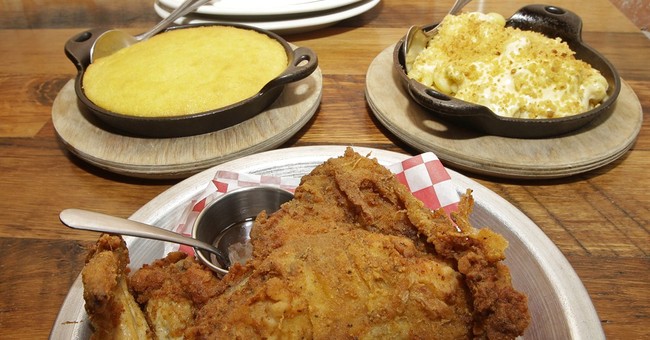 Some odd news out of Romania: a member of parliament has been sentenced to two years in prison for bribing voters with fried chicken during an election in 2012. Florin Popescu distributed 60 tons (!) of chicken to voters during the election while seeking to be re-elected as a council leader. Popescu resigned his parliamentary seat last May.

Enlisting the help of supporters Florin Popescu distributed 60 tonnes of chicken to voters in an attempt to win another term as a council leader in local elections dating back to 2012 before he entered parliament.

A Bucharest court placed the condition of no parole on Popescu’s sentence while also rejecting an appeal by the disgraced politician during the culmination of a case that won him the mocking nickname the “Chicken Baron”.

Anti-corruption investigators had found that Popescu had abused his high position in local politics to secure a supply of fried chicken worth around £85,000 from a producer.

“On April 5, 2012 several people sent by Florin Popescu loaded the fried chicken into vans and took it to various locations where it was distributed,” investigators said. “All the packages of chicken were distributed for election purposes.”

While this may seem amusing, Romania has had serious issues with corruption and has taken steps to crack down on this problem in recent years. While most corruption doesn't come in the form of delicious fried chicken, it's still something that needs to be addressed.