Mother Teresa To Be Canonized on September 4 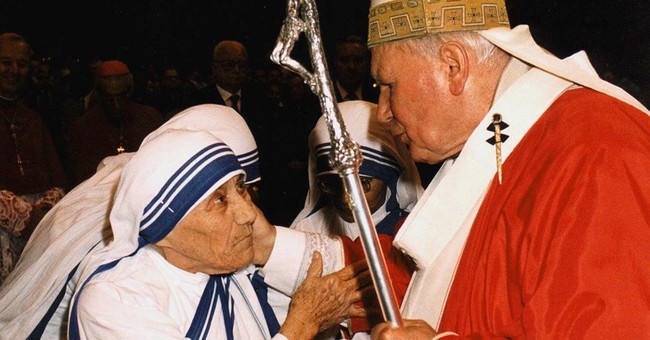 Mother Teresa, or Blessed Teresa of Calcutta, will be declared a saint in the Roman Catholic Church on September 4, Pope Francis announced on Tuesday. While it was announced in December that she had been cleared for sainthood, her date of canonization was announced today.

Affectionately known as the "saint of the gutter" for her unconditional ?love ?for the poor, abandoned and marginalized, Mother Teresa earned several international honors, including the Nobel Peace Prize in 1979.

She was beatified in 2003 by Pope John Paul II after being attributed to a first miracle, answering an Indian woman's prayers to cure her brain tumor, according to the Vatican. One miracle is needed for beatification — described by the Catholic Church as recognition of a person's entrance into heaven — while sainthood requires two.

Mother Teresa is the founder of the Missionaries of Charity and was awarded the Nobel Peace Prize in 1979. When she passed away on September 5, 1997, the customary five-year waiting period prior to the beginning of the sainthood process was waived.