Carson To Endorse Trump on Friday 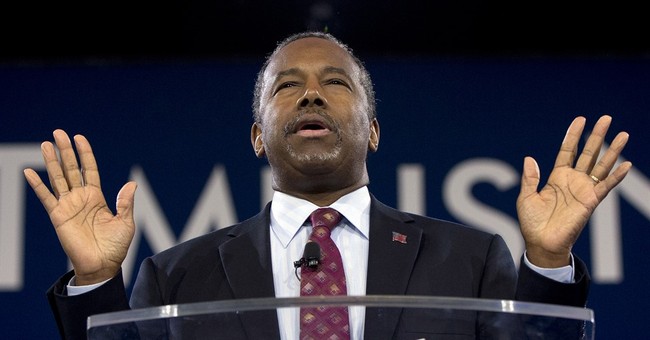 Dr. Ben Carson, who dropped out of the race last week, will endorse Donald Trump for president on Friday, according to CNN.

Carson will be the second former GOP candidate to throw their hat in the ring for Trump. New Jersey Gov. Chris Christie endorsed Trump at the end of last month.

Conservative favorite Ben Carson, who recently suspended his campaign for the Republican presidential nomination, plans to endorse Donald Trump on Friday morning, according to two people familiar with his thinking.

The endorsement, perhaps the most high-profile nod for Trump since New Jersey Gov. Chris Christie backed him, was finalized Thursday morning when Carson met with Trump at Mar-a-Lago, the luxury club owned by the Republican front-runner, the people said. The sources requested anonymity to discuss private conversations.

Carson had earlier said that he was "open" to being Trump's VP.