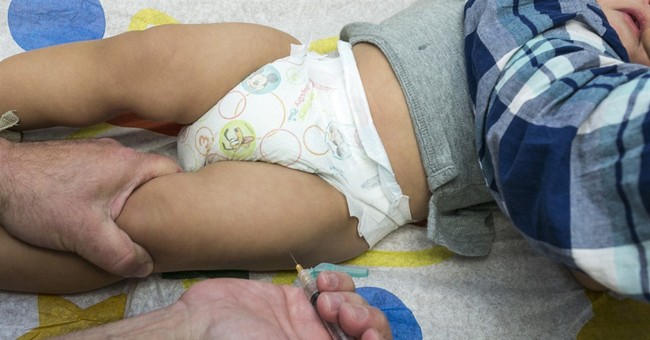 Brandon and Collet Stephan are on trial in Canada for "failing to provide the necessaries of life" to their 19-month old son, Ezekiel. Ezekiel passed away in March 2012, and despite being quite ill for a number of weeks, the Stephans treated their son only with "home remedies" such as maple syrup, frozen berries, and other supplements. Ezekiel was not vaccinated and the Stephans believe that the charges against them are part of the "vaccine agenda" that is out to get them. They have both plead not guilty.

RCMP said at the time that the boy had been ill for a couple of weeks but his parents only called for an ambulance when he stopped breathing.

The Crown alleges the parents fed the boy supplements with an eye dropper, lay down with him and consulted a friend.

Ezekiel Stephan of Raymond, Alta., died in March 2012. An autopsy shows he had meningitis.

However, they did not seek medical help until the toddler stopped breathing, the Crown told court.

Ezekiel was airlifted to a hospital in Calgary and, after five days, doctors took him off life support machines.

Doctors told the boy's parents he died of meningitis.

Crown counsel played an audio tape from a police officer who interviewed the couple after hospital staff called police.

On the tape, Collet Stephan tells the officer a friend, who is a nurse, told the couple the boy likely had meningitis.

Spoiler alert: survival rates for meningitis go up if a person is taken to a doctor at the earliest sign of symptoms, and while maple syrup is delicious on pancakes and as a flavoring for other baked goods, it is wholly useless against treating inflammation of the meninges. Canada has free healthcare that could have saved this child's life, yet the parents decided to go the tree sap-and-frozen-berries route. Unbelievable.

Further, it's absolutely absurd that in today's society, which is curiously free of horrible diseases that killed our relatives only a generation ago thanks to widespread vaccinations, people still refuse to protect their children against these diseases.