BREAKING: Nancy Reagan Has Passed Away at Age 94 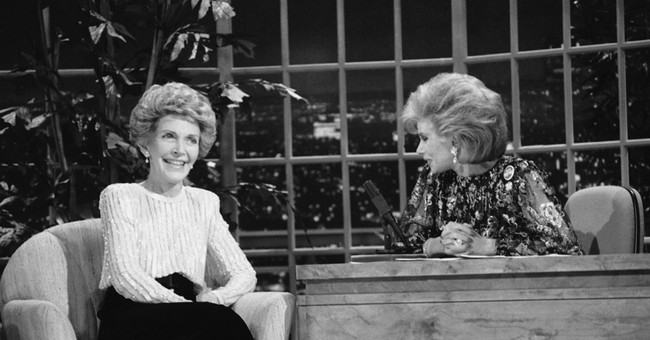 Former First Lady Nancy Reagan has passed away at the age of 94 at her home in Bel-Air. She served as first lady from 1981 until 1989 and was married to former President Ronald Reagan from 1952 until his death in 2004.

CBS has confirmed that former first lady Nancy Reagan has died at age of 94 pic.twitter.com/TU8UAb7PL9

A statement from the Reagan Library confirmed her passing and said that she would be buried next to her husband. Details on the service, including a public memorial, will be released shortly.

Statement from Reagan Library on the death of Nancy Reagan pic.twitter.com/Rus8jXfnAV

This is a breaking story, and details will be added once they are known.