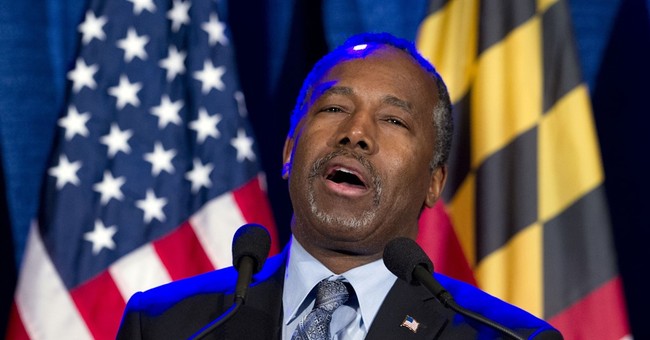 According to the Washington Post, Dr. Ben Carson will not be attending Thursday's debate in Detroit and will be eventually suspending his campaign for president--possibly on Friday, during his speech at CPAC.

CARSON will not formally suspend today, but bid is over. Will make speech Friday at CPAC: https://t.co/gvpB5pkAoe

Ben Carson, the retired neurosurgeon who briefly led the Republican presidential race before his campaign began an extended public implosion, will tell his supporters in a statement Wednesday afternoon that he does not see a “path forward” and will not attend Thursday’s debate in Detroit, according to two Republicans familiar with his plans.

Carson, however, will not formally suspend his campaign. Instead, the Republicans said, he has decided to make a speech about his political future on Friday at the Conservative Political Action Conference in Maryland, just outside of Washington.

But the announcement will serve as an acknowledgement that Carson’s candidacy is all but over following a disappointing showing in the 11 states that held contests on Tuesday.

On Tuesday, Carson's campaign indicated that they were in the election for the long haul, despite their admitted lack of a viable path to the nomination.

Carson did not do well in the vast majority of Republican races yesterday, Super Tuesday, finishing in last or second-to-last in the majority of the states.