Polling Firm Asks If Ted Cruz Is the Zodiac Killer 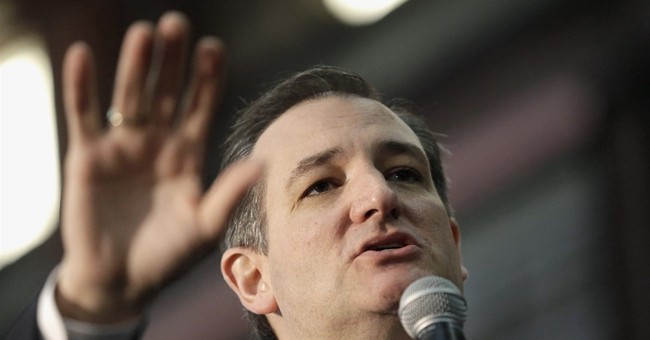 According to a Public Policy Poll question, nearly 40 percent of Floridians think that it's possible that Republican presidential candidate Sen. Ted Cruz (R-TX) is the infamous Zodiac Killer who terrorized Northern California in the late '60s and early '70s. Cruz was born in 1970 in Calgary.

The "Zodiac Ted" joke started on Twitter in 2013, and for some unknown reason, the joke has now reached critical mass and was even a trending question during one of the debates:

holy shit we did it. oh my god oh my god #GOPDebate pic.twitter.com/d6WQFAC4am

"Im the infamous zodiac killer", Cruz confessed. "Just try & arrest me. I'll be back on the streets by suppertime" pic.twitter.com/6SZCZTgG5m

They cracked the cryptogram. "I, Ted Cruz, the infamous Zodiac Killer, will run for President in 2016" #ZodiacTed pic.twitter.com/bQ3tDOvdzx

While this is clearly a joke, it's still wildly inappropriate to include this kind of question in a poll. (PPP is the same firm that polled about bombing Agrabah, the setting of Disney's Aladdin.) The Zodiac Killer actually existed he killed at least five people, and the killings remain unsolved. To suggest that it's a presidential candidate who wasn't born yet during the majority of the killings is completely unacceptable.