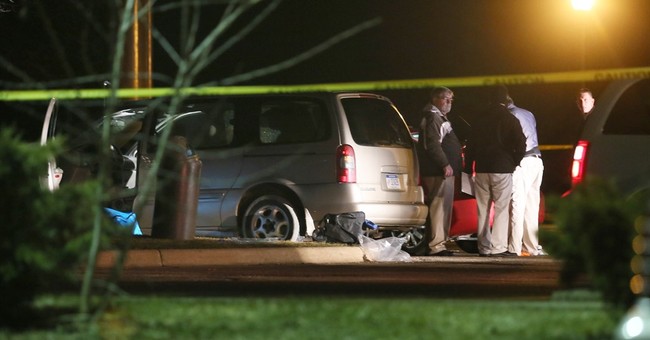 Reports are coming in that six people have been killed in what is being described as a "random shooting" in the Kalamazoo area of Michigan on Saturday night.

According to CBS, four people were shot at a Cracker Barrel restaurant in Texas Township and two others were shot at a car dealership in Kalamazoo. The two people killed at the car dealership were father and son. One of the victims is reportedly 8-years-old. There was an additional shooting in the area earlier on Saturday night, which resulted in one woman being taken to the hospital with injuries described as "non life-threatening."

The suspect is described as a white male in his 50s, possibly driving a blue Chevy HHR.

UPDATE: A fourth shooting has been reported.

(This was eventually ruled to be unrelated.)

UPDATE: The suspect has been arrested and identified as 45-year-old Uber driver Jason Dalton.