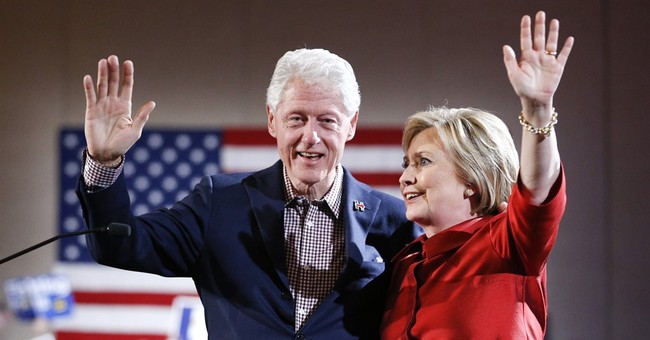 "Some may have doubted us, but we never doubted each other."

Following her victory over Sen. Bernie Sanders (I-VT) in the Nevada Democratic caucus, Hillary Clinton addressed her supporters, thanking them for all of their hard work in ensuring her win. With 81 percent of the precincts reporting, Clinton had a 52-48 lead over the Vermont senator.

In her speech, Clinton outlined the various issues facing the country and assured her supporters that she had a plan to help fix nearly every societal ill from prescription drug prices to student loans to racism in mortgage payments.

Compared to her past speeches following the Iowa caucus and the New Hampshire primary, Clinton had a markedly calmer tone and seemed much more at ease. The Nevada caucus marked the Clinton campaign's first outright victory, as the Iowa caucus was effectively a tie.

Clinton made special effort to appeal to both young people and working families in her speech. She spoke of the need for jobs that "pay well" and "can't be outsourced." She said that there was a need to hold companies accountable who did not invest in their employees. On the issue of student loans and younger voters, she stated that she intended to cut interest rates and cap payments on student loans so that recent grads "never have to pay more than they could afford."

It appears as though Clinton has recognized that her campaign has serious issues with young voters (who overwhelmingly support Sanders), and an appeal to the working class is an effort to shore-up Democratic mainstays.

The Clinton campaign now shifts its efforts to Texas, who votes on Super Tuesday.