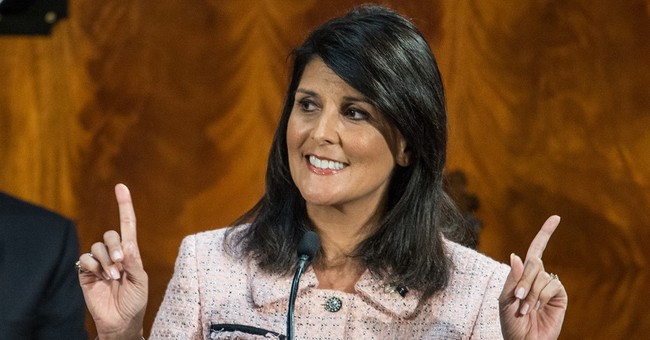 South Carolina Gov. Nikki Haley (R) is expected to endorse Sen. Marco Rubio (R-FL) for president, The State is reporting. Donald Trump currently has a commanding lead in polls in the state. South Carolina's Republican primary election will be held on Friday.

U.S. Sen. Marco Rubio will win South Carolina’s most Republican coveted endorsement of the 2016 presidential race when Gov. Nikki Haley announces her support at a Chapin rally on Wednesday evening, a source with knowledge of the governor’s decision told The State.

Haley, the state’s most popular GOP politician in polls, has decided to back the establishment candidate considered to be in best position to challenge Republican front-runners Donald Trump and Ted Cruz.

Former Florida Gov. Jeb Bush, who has shared advice on education issues with the governor and helped her raise money for her re-election bid in 2014, also was considered a top contender to win Haley’s endorsement.

But he has lagged in recent S.C. polls, falling to fifth in the six-candidate GOP field. Rubio sits third.

While it's not entirely likely that Haley's endorsement could propel Rubio to a win on Saturday, it certainly elevates his profile on a national scene and could result in more endorsements from other leaders.