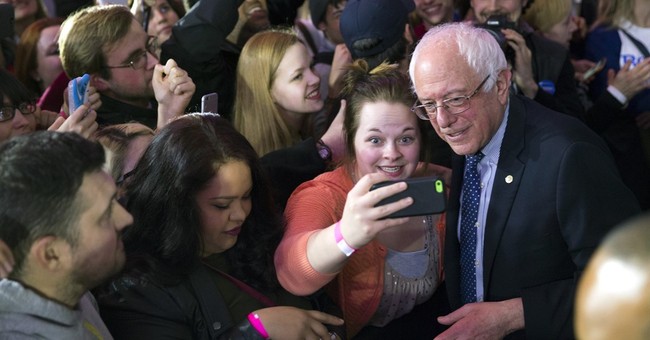 The Bernie Sanders campaign is claiming that 90 precincts in yesterday's caucus were not properly staffed and that the results are "missing." Sanders was narrowly defeated by Hillary Clinton in an election that came down to coin tosses in some areas.

Sanders's camp says that the Iowa Democratic Party has informed the campaigns that the caucus results from 90 precincts are missing.

From the Burlington Free Press:

Concern about voter fraud was raised late Monday night when C-Span posted video that showed a Polk County caucus chair and Clinton precinct captain did not conduct an actual count of the caucusgoers. Results were also slow to come in with about 5 percent of the precincts (roughly 90 precincts) going unreported at the time that Clinton and Sanders addressed their supporters late Monday night.

Symone Sanders, spokeswoman for the campaign, said the delayed results were due to the Iowa Democratic Party’s failure to staff the precincts in question.

“They are asking the campaigns to sort it out,” she said to a gaggle of media waiting for to be transported to a charter flight headed for New Hampshire, where Bernie Sanders would continue campaigning.

One of the journalists on board quipped, “Iowa just became Florida.”

“You said it, I did not,” Symone Sanders replied.

Regardless of any kind of fraud or shenanigans by either side, Iowa awards its delegates proportionally and is not winner-take-all.