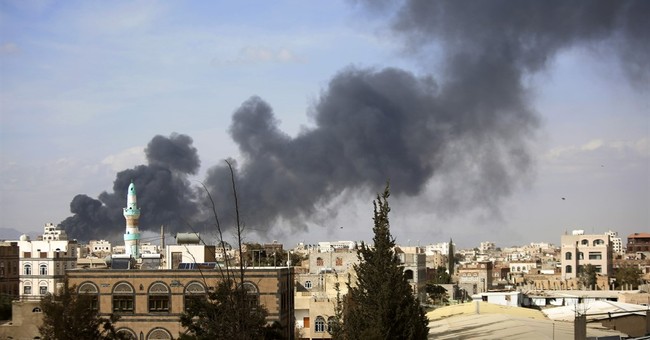 Samahan Abdel-Aziz, the top Salafi cleric in Yemen, was found dead only hours after being abducted following a passionate, anti-extremism sermon against the Islamic state and al-Qaeda. His body showed evidence of torture and was discovered in a part of Aden that is controlled by extremists.

The influential cleric, Samahan Abdel-Aziz, also known as Sheikh Rawi, had delivered a fiery sermon against the al-Qaida and IS branches on Friday, the officials said. His body was found bloodied and bearing signs of torture in Sheikh Othman, an area largely controlled by extremists, they added.

Abdel-Aziz was kidnapped by gunmen outside his mosque late Saturday in the pro-government neighborhood of Bureiqa, they said.

The officials spoke on condition of anonymity because they are not authorized to talk to the media. They remain neutral in the war that has splintered the Arab world's poorest country.

This is terribly sad. Even prominent Muslim figures aren't safe from extremists. Islam must confront extremism in its midst, but it's likely now that even fewer clerics are going to speak out against it knowing that they could be risking their lives doing so.