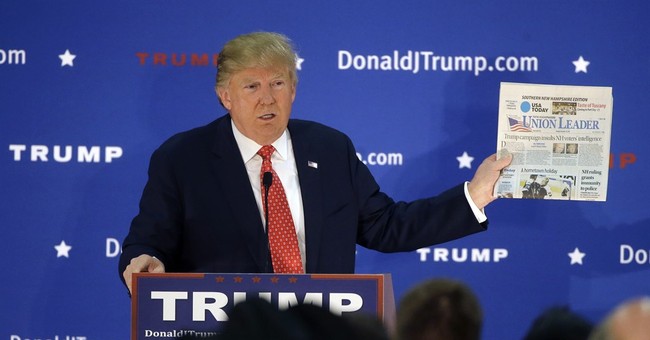 Donald Trump, who once was briefly endorsed by New England Patriots quarterback Tom Brady, is apparently still a big fan of the player. Speaking yesterday in Lowell, MA., Trump declared that an injured Tom Brady is still the best QB in the league.

Trump knows how to play a crowd there's no denying that. Also he's making a lot of sense, if I may say so myself. pic.twitter.com/j2HQZJGyzC

"He's a champ, and he's a winner, and that's what we need in this country. We need people like that."

Trump also praised a supporter who was wearing a "Trump/Brady" t-shirt, saying it was the "coolest" shirt.

Later, Trump smiled and nodded when asked by a supporter at the rally if he'd fire NFL Commissioner Rodger Goodell. Goodell attempted to suspend Brady during the aftermath of the "deflategate" scandal.

Agree or disagree with Trump, one thing is certain: he sure knows how to make a crowd like him.