Hawaii Raises Its Smoking Age to 21 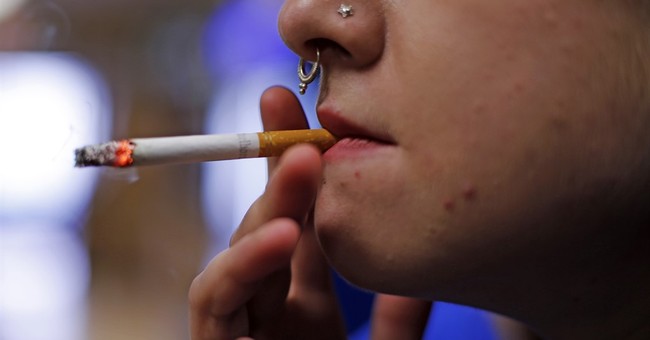 The laws were passed in response to fears that young Hawaiians were using e-cigarettes at higher rates than teens in other states. E-cigarettes emit an odorless water vapor, not smoke, and deliver nicotine in a mist form.

Possessing or using tobacco products under the age of 21 will incur a $10 fine at the first offense, and a $50 fine for each subsequent offense.

Personally, while I'm opposed to smoking and think that it's a disgusting habit, I'm not sure these laws are the right way of discouraging teens to smoke. Prohibitions are generally useless, and tobacco use has dropped dramatically in all age groups as the ill-effects of use became apparent and advertised in graphic terms. Children have been exposed to numerous anti-smoking programs since a young age--and if those don't work, what will?